Foresight Group, a leading infrastructure and private equity manager has raised £58m across its two new UK regional funds and plans to boost its regional footprint with two new offices.

Foresight Regional Investment IV LP, the fourth in the group’s successful regional PE strategy, will focus on the North East and Yorkshire region and will work alongside the Foresight West Yorkshire SME Investment Fund.

The two funds will support the firm’s plans for two new offices in Leeds and Newcastle boosting its regional footprint to 10 cities.

Foresight’s move to open in Leeds follows decisions by the Bank of England, Financial Conduct Authority and Infrastructure Bank as well as companies including Panmure Gordon to locate in the city, with the latter’s boss recently describing the motivation behind the move as “the opportunity and the importance of the north to the UK economy”. 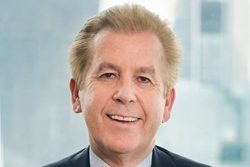 “The implementation of this strategy will continue to see us deliver increasing numbers of sustainable investments and job creation in the regions and, importantly, enhanced returns for our investors.”

The £58m the group follows top-up investments to its Scottish Growth Fund and North West focused Foresight Regional Investment III LP in the past month. The group recently supported Manchester-based digital e-commerce agency, Space 48 in its acquisition of the York-based Brave the Skies

Alongside this news Foresight Group also announced this morning that it had acquired the technology ventures division of Downing, which includes the the management of Downing’s venture capital trusts and Downing’s Ventures Enterprise Investment Scheme for an initial consideration of £13.6m with add ons of up to £4.2m payable over a three year period.

This is the first acquisition following Foresight’s IPO last year with Fairman stating it complements the group’s existing portfolio and noting that the business will “continue to actively pursue multiple further M&A opportunities across the wider business, alongside delivering strong organic growth.”

Music as medicine start-up tunes up for growth with Finance Yorkshire...