Charges have been levelled against “a number of individuals” by the England and Wales Cricket Board (ECB) in connection to allegations of racism at Yorkshire County Cricket Club.

The accused, who have not been named, could be banned or fined.

It is the latest twist in a high-profile row which erupted in September 2020, when former Yorkshire player Azeem Rafiq said discrimination left him suicidal.

Since his accusations became public, 16 members of staff have left Yorkshire in an overhaul of its senior leadership.

Yorkshire itself has also been charged with breaching anti-racism rules.

The ECB explained it had carried out a “thorough and complex” investigation to establish the grounds for the charges against both the county and the individuals involved.

It anticipates hearings will take place in September or October and for the outcome of each case to be published after decisions are reached.

An ECB spokesman said: “In matters of this nature, our normal practice is not to identify individuals charged at this stage.

“It is standard practice for the cricket discipline commission disciplinary panel to publish its decisions and written reasons in full following the hearing.”

The club has this afternoon responded: “For clarity, YCCC notes that the allegations relate to charges as far back as 2004 up until 2021 and the club will need the cooperation of those in position during this time in order to fully consider and respond to the matters raised.

“Unless and until that cooperation by those with first-hand knowledge and responsibility during the relevant period is forthcoming, the club is not able to comment on the investigation, evidence, report or charges but will, of course, continue to fully cooperate with the Cricket Disciplinary Commission throughout this process.”

The racism scandal has rocked the club, and Yorkshire’s handling of the situation was widely criticised and led to a mass exodus of sponsors. 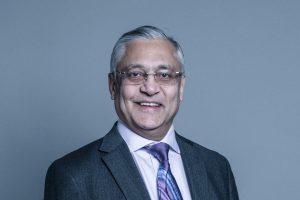 Lord Kamlesh Patel, chair of YCCC, who took up the role in November has been spearheading a series of changes at Yorkshire.

Since last year there have been significant reforms at the club with not only Lord Patel arriving but former Yorkshire and England cricketer Darren Gough joining as director of cricket, and the exit of all coaching staff – however last week some of the coaching team won a claim of unfair dismissal.

The ECB has announced a review into racism in the sport and has appointed a Muslim inclusion advisory body.

Yorkshire’s Headingley ground only returned to the international fixture list in March after members voted through reforms to the county’s leadership structure. The ground is due to host the third and final Test against New Zealand next week.

Numbers add up for rugby league side as accountancy firm confirms...