A £5m-plus investment in the city’s creative quarter by real estate firm Perrymead Estates has seen the launch of its flagship Stoney Street Studios.

Perrymead has pivoted for its new Stoney Street Studios venture, in the Lace Market, as the Government shifts from its work-from-home mandate to allow a return to the office from 19 July 2021.

Perrymead Estates already has a multimillion property portfolio, which includes the Lace Market’s Garage Studios office complex. But it took the late decision to scrap its original plans for its Grade II listed development on Stoney Street, to reflect the tough decisions being faced by companies grappling with the impact of COVID-19.

Oliver Wheatcroft, managing director at Perrymead Estates, said: “We were originally planning a traditional office space for Stoney Street Studios that would be available for long-term private lease. But in late 2019 we were observing the trend towards flexible working in London and other European cities. The pandemic has accelerated interest in a remote working culture, so we felt compelled to trial a new model that includes providing meeting rooms in Nottingham on flexible contracts.

“Following PM Boris Johnson’s announcement that people can return to the workplace, there is a need to support companies who can’t afford to commit to long term contracts, or who simply want to adopt a different way of working for the future.”

The first premises to open its doors will be Stoney Street Studios, which has been three years in development and involved a £2.5m renovation spend.

A further project planned for the Creative Quarter will launch a destination business club office space in Nottingham, featuring a restaurant, bar, and accommodation, in a projected investment of £3.4m.

Those plans will take shape incorporating feedback from Stoney Street Studios, which has already secured a number of tenants from the city’s burgeoning creative sector. 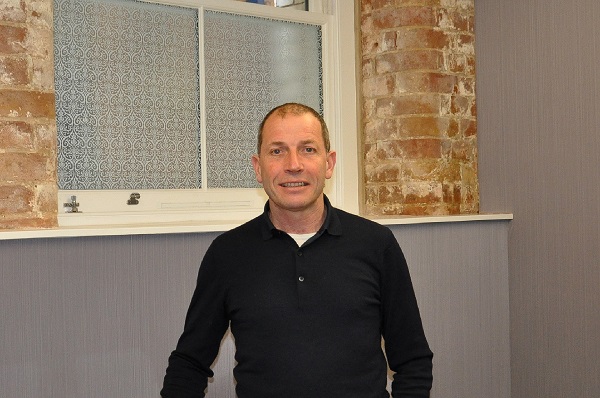 Wheatcroft added: “As a Nottingham company investing in Nottingham estate, it’s important to us to utilise local trade. For example, we enlisted specialist joinery firm, FA North, which supplied 164 double glazed sash windows. These had to adhere to both environmental health requirements for thermal and acoustic efficiency and the Conservation Department standards. The attention to detail for this development is significant.”

Stoney Street Studios is the third project in the Lace Market by Perrymead Estates, since 2015. Kayes Walk Residences, comprising eight apartments, was the first investment in the area totalling £1.4 million. Garage Studios, a development of eight offices, was the second, replacing the Lizard Lounge nightclub and adding a further £1.1m of investment. The serviced offices in Nottingham can accommodate more than 30 tenants and will offer flexible options including quarterly contracts and ad hoc membership for drop-in hot desking.