Transatlantic trade and tourism will be kick-started by the return of flights between the North and the US from one week today, Monday, November 8.

And Manchester Airport is set to welcome the return of services to a number of US destinations after the American government confirmed it will be opening its borders to British visitors again.

Before the pandemic, the UK’s third largest gateway was among the best connected to the States in Europe, with more than three million passengers a year crossing the pond from its catchment area.

The first stateside bound flights from Manchester will be Virgin Atlantic services to Orlando and New York, with Orlando being the first departure. The Orlando service will depart at 10:10am, while the New York flight will leave at 13:10pm. Following this, routes to Atlanta and Houston will also return over the coming weeks and months.

This includes the launch of routes by Aer Lingus, with the Irish carrier opening a new base in the North for the first time, creating 153 jobs.

News of the return of transatlantic services has been hailed by business and tourism chiefs, who say the direct routes will unlock wide ranging economic, trade and tourism opportunities.

In 2019, more than 307,000 Americans visited the North of England, spending more than £156m across the region. As well as the trade benefits of being linked to economic powerhouses like New York City, the direct connectivity also unlocks vast journey time savings, meaning businesses across the North can save thousands of man hours each year.

Furthermore, 43 universities within Manchester Airport’s two-hour catchment area will also benefit from these routes returning. The US is third on the list of most common countries of origin for international students at UK universities, with 20,000 American students enrolled at British higher education institutions in 2019/20. 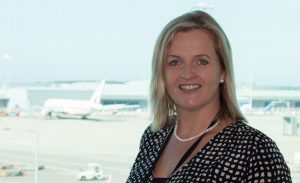 Karen Smart, Manchester Airport managing director, said: “After almost two years with no flights to the USA, it is great to finally look forward to re-connecting the region with some of our most popular and important destinations.

“Not only are our US routes well loved by holidaymakers, but they are also vital to the Northern economy and the prosperity of the region.

“Whether that is through the trade and investment opportunities the direct connectivity unlocks, to the inbound tourism the routes bring in, as Americans flock to key destinations like the Lake District, North Wales and York, plus to city breaks favourites like Liverpool and Manchester.

“I look forward to working closely with our airline partners as more services come back to Manchester, plus I would encourage businesses and other organisations with links to the US to get in touch so we can help them unlock their potential through our international reach.”

Pre-pandemic Manchester Airport had more than a dozen direct US services. As the US opens and as the aviation industry recovers, these routes will start to return to the Northern hub.

Flights to economic and tourist hot spot New York are set to return to Manchester on the day the US opens up to British travellers. Following its launch of flights to Barbados and setting up its first UK transatlantic base at Manchester in October, Aer Lingus will also be offering flights to New York from December 1.

Family favourite and theme park enthusiasts’ dream, Orlando in Florida, is set to return from November 8, with Virgin Atlantic. It will be followed up by Aer Lingus who will also start flying there from December 11.

Virgin Atlantic will resume flights to the major US hub of Atlanta from December 2.

Singapore Airlines’ popular route to Houston will return to Manchester Airport from December 1. The route was launched several years ago and connects with the carrier’s longstanding Singapore service.

Chris Fletcher, director of policy and communications at Greater Manchester Chamber of Commerce, said: “The reopening of transatlantic travel is a huge boost to the region and its economy. After the EU, the US is the next largest and most valuable market for exports and equally important for imports, not to mention the huge flow of traffic related to leisure and tourism.

“Pre-COVID, the level of interest in Greater Manchester as a place to do business for US firms was already significant and increasing, which means that when the routes reopen, we should see a high demand for them to pick up where things left off 18 months ago.”

Gill Haigh, managing director of Cumbria Tourism, said: “The Lake District, Cumbria, is very well positioned with good connectivity from Manchester Airport, where visitors can reach Cumbria in as little as an hour by direct train. This offers a great opportunity for visitors from the US to holiday here, to come here on business or to simply reconnect with friends and relatives.” 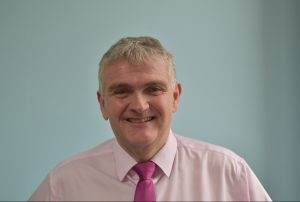 Chris Brown, director of Marketing Liverpool, said: “The reopening of travel from the US is another boost for the North West visitor economy as it looks to recover. The US was a vital market for us pre-pandemic – we ran several trade missions taking partners to New York and Los Angeles, and bringing back new travel trade business for the city region.

“The North West’s strengths mean that the region appeals to US visitors, offering both the beautiful landscapes and heritage that they associate with the UK and also the modern culture and sporting prowess of the cities. With routes into Manchester Airport opening up the whole North and a lot of high-spending travellers eager to start exploring again, it’s not surprising that our businesses see the US as a key, early recovery market.”

Sheona Southern, managing director at Marketing Manchester, said: “The USA is one of Greater Manchester’s most important markets for trade, investment and tourism based on value and volume.

“In January 2020, just prior to COVID, Marketing Manchester established a powerful partnership with NYC & Company aimed at cross-promoting our cities and creating collaboration opportunities. This partnership was a pivotal moment following many years delivering strategic and tactical marketing in the USA and being able to align ourselves with a global city like New York spoke – and speaks – volumes about the city region’s increasing profile on the world stage.

“There is a lot of work to do to rebuild our presence and connections in the USA, but the recommencement of flights to Greater Manchester is an important first step and we look forward to working with Manchester Airport and key airline partners serving the market, to regain momentum and welcome business and leisure travellers once again.”