Manchester-based Hall Brown Family Law has made another commitment to future success with the awarding of training contracts to three of its ‘home grown’ talents.

Sky Langwieser, Rachel Cocker and Savannah Davies have all been rewarded for impressing since joining the award winning firm as paralegals.

Partner Claire Reid explained that the move was in keeping with Hall Brown’s intention of investing in and developing lawyers capable of building upon its reputation: “We are extremely happy that Sky, Rachel and Savannah have chosen to take up our offer of training contracts.

“All three have made tremendous progress since joining us and we are confident that they will realise their full potential.

“In addition to being able to attract some of the very best experienced family lawyers around, we have been conscious of the importance of bringing individuals through the ranks in-house.”

She added: “Our trainees become accustomed to the exceptionally high quality of the work undertaken by fee-earners and administrative staff.

“We have found that they really do benefit from the quality of training which we offer, acquiring the skills which are so important as well as receiving all the supervision, encouragement or support which they need to grow.”

Ms Langwieser has been with Hall Brown as a paralegal since April 2018, supporting lawyers handling casework at all four of the firm’s offices – in Manchester, London, Leeds and Sheffield.

During the term of her training contract, she will continue to work out of Hall Brown’s Manchester head office, while Ms Cocker – who was recruited only weeks before the start of the pandemic – will be based in Sheffield and Manchester.

Ms Davies is the most recent paralegal appointment to benefit in the latest round of training contracts, having joined Hall Brown’s London office in October last year.

The awarding of the contracts follows the firm’s strengthening of its ranks earlier this month.

Madelaine Hailey and Rachel Darrell moved from two of Hall Brown’s rivals to become senior associate and associate, respectively, while Rebekah Fender and Eleanor Scott were both added to the ranks of Hall Brown’s paralegals.

Only weeks before, Zoe Round added the benefit of a career spanning 30 years to Hall Brown’s Sheffield office, having previously headed up Irwin Mitchell’s family department in the city.

Hall Brown now employs 56 people, 43 of whom are fee earners. In the last full financial year, the firm saw its turnover increase from £4.1m to £5.4m.

Mrs Reid outlined that the key to Hall Brown’s development lay in a combination of ‘recruitment and retention’. In addition to a series of appointments, the individuals who had taken up its first training contracts – Rebekah King, Jodi Ford and Matthew Hodgson – had all remained with the firm after completing the two-year process.

Another member of staff, Emma Whitehead, is in the final year of her training contract, having initially spent time with Hall Brown on work experience while at school.

Symatrix, a Manchester-based Oracle HCM and ERP partner, has appointed Alan Parkinson as its new managed services director. The move serves to strengthen the company’s expansion in its managed services offering and support the business as it expects to see a revenue growth of more than 30% this year.

Alan’s appointment comes at a time of ambitious growth plans for the firm, with continued expansion of its managed services offerings, in addition to consulting services. The knowledge provided by him will help contribute to these strategies, while he looks to maintain and enhance focus on quality and value, creating services for customers moving forward. 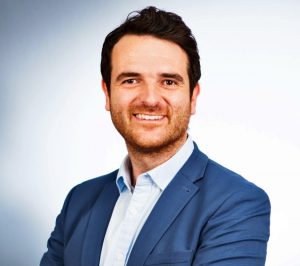 He brings 15 years of IT and service delivery expertise to the role, having attained experience in highly regulated industries. He has held managerial roles across a number of global organisations and has been the recipient of numerous awards both individually and as part of a team. Among the accolades has been recognition for innovation, security and North West Young IT Professional.

Alan said: “There’s a great opportunity for Symatrix to expand its managed services offering and I’m excited to be heading up this growth. My background and experience in IT and service delivery will help me to hit the ground running and make an immediate impact.”

Chris Brooks, managing director, said: “Alan brings a wealth of experience in driving innovation and quality for customers. We’re hugely looking forward to having him join the management team to help us maintain and grow our strong net promoter score of 43, a key measure of customer experience, and continued expansion. Alan becomes a part of the Symatrix team at a time of growth across our entire service portfolio, including managed services. This latest senior appointment will assist in taking Symatrix to the next level.”

Gateley Vinden has strengthened its building consultancy team in the North West with the appointment of Nick Coffey as associate director.

As a chartered building surveyor, Coffey brings eight years of experience to the team, advising both public and private sector clients on all aspects of property and asset management matters including landlord and tenant matters, technical due diligence and project management.

His appointment will see him working within Gateley Vinden’s Manchester team and is a key part of the building consultancy’s growth plans. 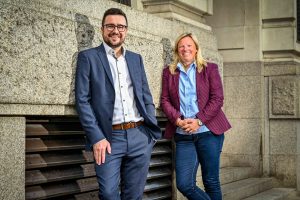 Gayle Taylor, head of building consultancy, said: “Since I joined Gateley Vinden to head up the building consultancy team, there has been a significant increase in workload. As a result, we needed to expand the team with some great talent to continue to support clients, and legal professionals, with our extensive construction and building surveying services. Having worked with Nick in previous roles, I know his skillset will be a great boost for our North West team.”

Nick Coffey, said: “I am really excited to join Gateley Vinden as part of the growth strategy for the building consultancy team. When discussing the vision for the future with Gayle, and how it aligned with my ambitions, I knew it would be a great opportunity to implement my experience and allow us to work towards the same goals. The close collaboration of property and legal professionals provides an exceptional platform to best assist our clients.”

Gateley Vinden is part of legal and professional services group, Gateley. The business has a 46-strong team located in Birmingham, Bolton, Nottingham, Manchester and London.

Amna Khan, from Manchester Metropolitan University, Zoe Wallace, from Agent Academy, and Stephen Hughes, from Five Wealth, have been voted in as board members at the pro-manchester AGM.

The organisation is focused on enabling people to connect and network. 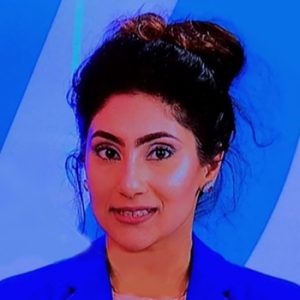 The AGM also saw the instalment of Sean Williams, head of professional sector channel within the commercial lending team at Cheadle-based Together, as new chair, replacing Anthony Morrow.

Anthony said: “Being involved with an organisation that has worked so hard over the last few years in pretty trying circumstances and to see it today with a growing, loyal membership and very robust finances, makes me very proud.

“It’s in really good hands and I’m sure that the incoming chair, Sean Williams, and vice-chair Danny Simpson FIOD will help the team take it even further.”

Liverpool BID Company has added to its top team as the organisation looks to improve its strategic focus and grow its BID areas.

Katie Bentley, founder and director of Bentley Communications, is appointed as director of strategic partnerships and communications. After seven years leading the consultancy, working across property, leisure, retail and hospitality with clients including Ion Development, Chester BID, Marketing Cheshire, Oddfellows Hotels and Chester Racecourse, she joins to play a key role in delivering BID’s business plans, helping to shape the new BID areas from Lime Street to Liverpool’s Waterfront. 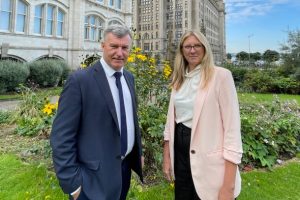 The additions to the top team are part of a wider restructuring of BID as it focuses on delivering more for its levy payers with expanded BID areas.

Katie Bentley said: “The last two and a half years have shown how BID can add true value and be a champion for its levy payers, as well as improving and enhancing the public realm. The development of Liverpool BID over the last 18 years has seen the city evolve rapidly and the focus needs to shift to strategic planning for the future.

“Since the successful Culture & Commerce ballot in 2021, and looking ahead to the Accommodation BID ballot this autumn, and the Retail & Leisure ballot in 2023, how we work together as a city centre is critical as a foundation for how we succeed and deliver so that Liverpool is a place to work, invest, grow a business, to live and thrive.”

Shaun Holland, who is also seeing the operations team expanded, says the additions help BID to support their levy payers: “As our BID Areas have expanded not only is our geographical reach growing, but the partnerships and services we offer. We are working closely with the night time economy and PubWatch in particular to help keep the city centre clean and safe.

“We are also working to support business as they work to become more sustainable, from waste to transport, so we can help to create the city centre of the future.”

Oliver began his Detectronic career as a field service technician in 2011. Just three years after starting, he was promoted to field service manager and took on the task of overseeing multiple service contracts. 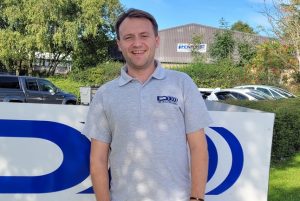 More recently, he made the move to the commercial side of the business and brought his on-site experience to the sales team as a sales engineer, before progressing to sales manager.

“As comfortable installing the products we manufacture as he is selling them, Olly’s knowledge and unique insight are invaluable. What’s more, in the short space of time he’s spent in sales he’s delivered several multimillion-pound deals.

“A key member of our growing team and, I’m sure I echo the sentiments of everyone at Detectronic, when I say, I look forward to supporting Olly to succeed even further and working alongside him for many more years to come.”