A new body has been launched to maximise trade opportunities with India as part of a five-year programme to strengthen relationships with the 1.4bn-people market.

The West Midlands has benefitted from the “Tata effect” and the relationships and benefits which have followed from the Indian giant’s successful investment in Jaguar Land Rover.

The West Midlands India Partnership is an initiative being spearheaded by the West Midlands Growth Company that seeks to promote the region’s trade, tourism and cultural offer.

It is a positive step, to build on the region’s historical links with India, and a defensive move, preparing for the challenge of the UK’s exit from the European Union. 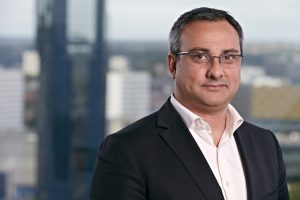 West Midlands Growth Company chief executive Neil Rami believes the region is “at the cusp of a transformational period of opportunity” in terms of trade with India.

“Strengthening our relationship with India is a priority for the West Midlands economic growth plans, it’s aligned to our local industrial strategy,” he said.

There is £24bn of bilateral trade between the UK and India, with imports accounting for two-thirds of the annual total.

India is second only to the United States as a source of foreign direct investment in the West Midlands, and has been responsible for the creation of 13,000 jobs in the region in the last 10 years.

Significant investments have been made by some of India’s biggest companies, including Tata Motors, State Bank of India, Infosys, OLA and Enzen Global.

The Partnership will focus on five areas – trade, tourism, education, civic partnerships and cultural engagement – as it also seeks to also increase the 30,000 annual visitors from India to the region and the 2,300 Indian students at West Midlands universities.

India is home to more than half of the 2.4bn people living in the Commonwealth, and its accelerating economy makes it particularly attractive for the UK post-Brexit.

There are already more than 800 Indian companies based in the UK generated annual revenues of £48bn.

The Commonwealth Games comes to Birmingham in two years’ time, which is a key opportunity to showcase the city and the wider region.

The Growth Company has a dedicated tourism, trade and investment programme designed to maximise the opportunities of the Games.

Rami added: “It is clear that, like never before, we have a clear pathway to support and advance our vision and mission to work closely with India, in a way that creates mutual, economic, and cultural benefit.”

The West Midlands India Partnership has been developed with support from Invest India, the Confederation of Indian Industry and the Consulate General of Birmingham office.

East End Foods co-founder Dr Jason Wouhra is the chair of the Partnership, while its director is Shyam Nabar, who spent the last seven years at the Manchester India Partnership.

Wouhra said: “Through the partnership’s long term engagement strategy we aim to identify opportunities for both Indian and local businesses to trade, innovate and grow. We equally want to promote and celebrate the culture of both places to create further growth opportunities.”

150 jobs to go as manufacturer to move work overseas

Automotive and aerospace consultancy expands client base in Far East