The Royal Shakespeare Company will create an outdoor theatre as part of its plans to restart live performances in Stratford-upon-Avon this summer.

The Garden Theatre is an outdoor performance space located in the Swan Gardens, flanked by the River Avon and overlooked by the Swan Theatre.

It will open with a production of The Comedy of Errors, directed by Phillip Breen, which had originally been scheduled for April last year. 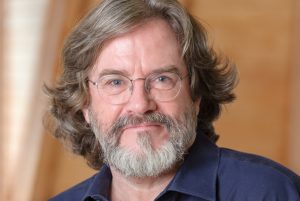 Gregory Doran, RSC artistic director, said: “As we approach the anniversary of the temporary closure of theatres due to the pandemic, it is fantastic to announce future plans and look ahead to audiences returning to Stratford in the summer.

“These have and will continue to be challenging times, but we look forward with optimism. The outdoor theatre gives us the security that we can perform to good sized audiences as we emerge from the pandemic and prepare for news on the government roadmap’s ‘no earlier than’ dates.”

The Winter’s Tale, which was due to open in March 2020, has been adapted for television and will be broadcast on BBC Four around Shakespeare’s birthday in April.