Harrisons Business Recovery and Insolvency has instructed LSH to sell the New Hobbit Country Inn, Sowerby Bridge near Halifax, the Allerton Court Hotel in Northallerton and Hallgarth The Manor Hotel near Durham.

The New Hobbit hotel has 30 en-suite bedrooms, a bar / restaurants totalling approximately 60 covers and a function room with a capacity of approximately 120.

The hotel has an annual net turnover of £747,009 and is situated less than a mile from the railway station. 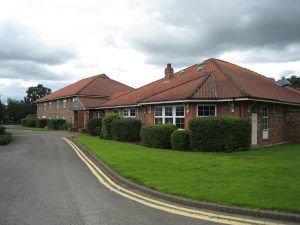 The three-star Allerton Court Hotel, which comprises 44 en-suite bedrooms, two restaurants and a bar totalling 120 covers as well as a 240-capacity function room, has an annual net turnover of £1,239,858. It is one mile from Northallerton Railway Station.

Martin Davis, director of hotels and leisure at LSH, said: “All three of these hotels have been trading under the Best Western brand and are extremely well-located.

“Each of the hotels is well-established and draws trade from all over the UK in addition to regular, local custom.

“As such, we anticipate they will generate strong interest from a wide range of purchasers, including investors and owner-operators.”

Offers are in invited for the hotels individually or as a group and should be submitted to Martin Davis and Hugh Anderson of Lambert Smith Hampton by no later than noon on 4 September 2020.

First phase of work has begun on 600 home development