Cutting edge green energy technologies in the Humber could boost skills, create tens of thousands of jobs and transform the region’s fortunes in the face of economic uncertainty caused by the Covid-19 crisis, according to a new report.

The report commissioned by Drax Group, a founding member of the Zero Carbon Humber partnership, and conducted by Vivid Economics evaluates the socio-economic potential large-scale deployment of cutting-edge green energy technologies would have on the region and the UK.

The analysis shows that scaling up bioenergy with carbon capture technology (BECCS), which Drax has already successfully proven at its power station in North Yorkshire, would support almost 17,000 jobs during construction in 2028.

The report adds that the economic benefits could rise to the creation of 49,000 jobs across the Humber region as early as 2027 if the right policies from government are implemented and the BECCS at Drax is combined with deploying hydrogen production at scale for fuel-switching, and carbon capture to decarbonise gas power and other industries.

Will Gardiner, Drax Group CEO, said: “The boost to the economy created by developing these new green energy technologies in the Yorkshire and Humber region would be huge – and we can do it quickly.

“The technologies are ready to go, so tens of thousands of jobs could be created as early as 2024. This would deliver a real shot in the arm to communities struggling as a result of the Covid crisis.” 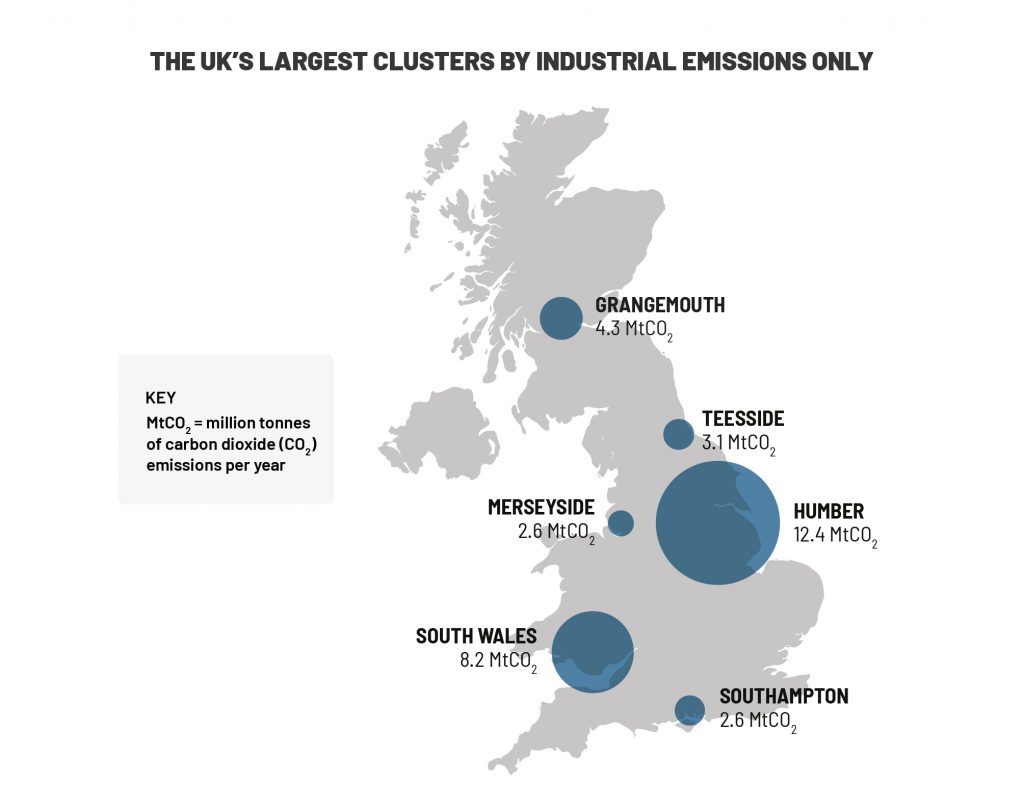 Using carbon capture technology across Drax’s four biomass units would accelerate the UK’s efforts to reach net zero by permanently removing 16m tonnes of CO2 from the atmosphere each year – a significant proportion of the negative emissions the UK needs to meet its net zero targets.

With the right policies from government, BECCS could be operational at Drax as soon as 2027, accelerating the Humber’s efforts to become the UK’s first zero carbon industrial cluster. Other industries across the region would tap into the same CO2 transportation and storage infrastructure, enabling further decarbonisation.

Gardner added: “The positive impacts of these new green energy schemes aren’t limited to the Humber region, either. This could kickstart a whole new industry in the UK, enabling us to show the world what can be achieved for the environment and the economy when governments, businesses and communities work together.”

In October Drax was one of 12 leading businesses and organisations as part of the Zero Carbon Humber Partnership to jointly submit a public-private sector funded bid worth around £75m to the UK Government to establish a CCS and hydrogen economy in the region.

As the UK’s most carbon intensive industrial region, the benefits of decarbonising the Humber would have the greatest impact on enabling the country to reach its legally binding net zero by 2050 target, whilst generating clean growth for the economy. 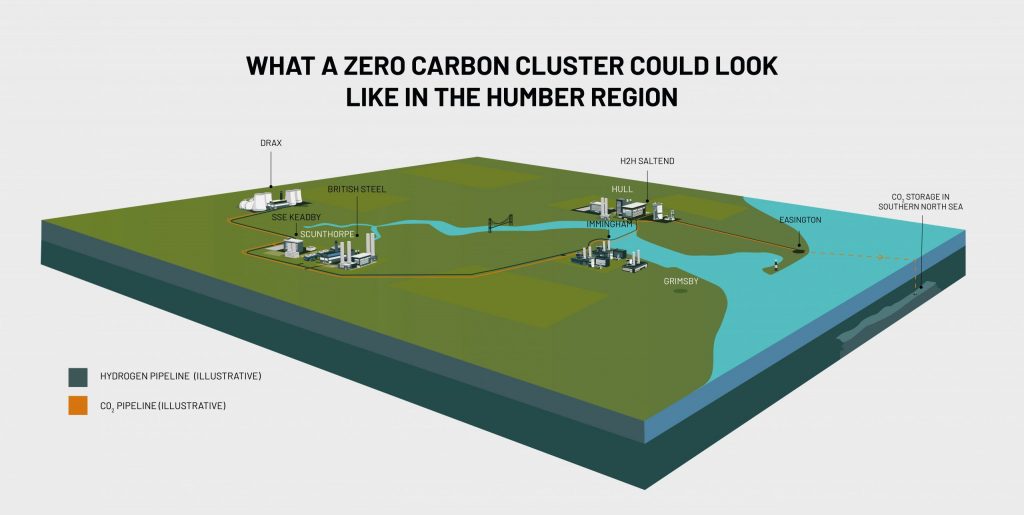 Henri Murison, director of the Northern Powerhouse Partnership, said: “This report shows what could be achieved across the Yorkshire and Humber region and wider Northern Powerhouse by developing BECCS at Drax and hydrogen in the Humber – cutting carbon emissions, protecting jobs in existing industries and creating many more new jobs throughout the region at a critical time.

“The Humber is already spearheading the UK’s sustainable energy revolution, and through further investment in these sectors we can hope to unlock yet more economic potential for the North. Companies like Drax play a vital role in decarbonising the economy and closing the North – South divide to build back better.”

British Chamber of Commerce director general Adam Marshall said: “Coronavirus has had a significant impact on our business communities. To help them restart, rebuild and renew, the government will need to set a clear framework and invest in greener, more sustainable technologies to not only meet our carbon goals, but help boost local growth and create the jobs of the future.”

In order to unlock the potential a Zero Carbon Humber could create for the UK’s green revolution, Drax is working with partners to ensure people in the region have the skills needed for the new jobs that could be created. It is supporting career enhancing schemes which help to level the playing field, remove barriers to learning, boosting skills and retraining.

Andrew Percy MP for Brigg and Goole said: “With the development of a Zero Carbon Humber, within less than five years, this region could be at the forefront of the government’s green industrial revolution. Tens of thousands of jobs could be protected and created, supporting the North as it bounces forward from the Covid pandemic.”

Lia Nici MP for Great Grimsby added: “Ensuring local people have the skills needed to take full advantage of the opportunities created by these new energy technologies is critical. The government as well as businesses, training providers, schools, colleges and communities must come together to support this initiative, so we’re ready to make the proposals a reality.”