Advanced security and surveillance business, Synectics reports a fall in revenue as a result of the pandemic but believes it is well placed to capitalise on “landmark project wins” and that the casino and gaming resorts – one of its key markets – will bounce back quickly.

The Sheffield-based business has highlighted that as a result of Covid-19 for almost the whole of the financial year to 30 November 2020 and the period since it has operated in a global environment “the likes of which few of us could have imagined”.

This situation which has seen one of its largest markets, casinos and gaming resorts suffer “significant impacts”, ultimately being closed for large parts if not the full year has had a substantial impact on the results.

Revenue fell for the second year running, dropping to £44.6m (2019: £68.5m) which was almost two thirds of the size of 2018 figures. The global nature of the Covid-19 crisis was demonstrated as all of the firms markets were impacted, however its Asia Pacific region bore the brunt with revenues more than halving to £7.7m.

In contrast its Europe, Middle East and Africa region saw a drop of just £2.1m. This the firm says is the result of the large Deutsche Bahn S-Bahn project, but also the its greater footprint within the region in transport, critical infrastructure, and public space markets, which provided some “cushion” for the business. 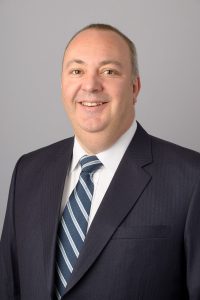 As a result Paul Webb the chief executive said he expects 2021 to be a year of recovery.

“I think there’ll be a fairly rapid bounce back into the casino market once people can start travelling again – and they’ll need to bounce back for us to post great results because [the sector] is such a significant part of our turnover and we are very much the system of choice.”

However Webb is also optimistic of the future highlighting that over the last 12 months the firm has continued to invest in R&D and technology development from its Sheffield base. He also added that the firm centralised operational activity which has provided cost savings and ensured its in market teams are “customer facing” and there to sell, support and look after customers.

“We’ve always looked for opportunities where we can add value, we’re not trying to just make commodity products. That’s why I use the term technology development rather than R&D. We’re not coming up with cool things, and hoping people want to buy them, what we’re doing is creating solutions to real and emerging problems or ways of operating that we see from our long and deep understanding of the markets.”

Webb highlights that the firm made the decision to ring fence its increased R&D spending throughout the crisis, stating it is a decision he feels has been “vindicated” by the recent announcement of a multi million pound contract that will deliver a large, innovative, cloud-based surveillance control system to be installed in London, beginning later this year.

Looking ahead, David Coghlan, chairman of Synetics stated: “It appears that the success of available vaccines against Covid-19 will lead the world back towards normality during 2021. The timing, profile, and end point of that process, however, remain highly uncertain.:

Adding that although recovery of the gaming and casino sectors would appear “relatively straightforward” it is anticipated that the transport, infrastructure and oil & gas sectors will be “more complex” and depend on the availability of resources and priorities of governments and commercial customers.

Trading has remained at the low levels experienced last year for the first quarter of the year but the recent contract wins in London and the Republic of Ireland mean the order book is up almost 30% on the year end.

As a result the board has said it will review dividend recommencement during the financial year once the timing of recovery is clearer.

Centre to resume its support for people seeking jobs or training