The path towards returning to normality as outlined by Prime Minister Boris Johnson yesterday (February 22) is still not enough for those in the struggling hospitality industry, according to local entrepreneurs operating in the sector.

Jon Perkins, managing director of Good Table & Cheer, which owns Baresca in Nottingham, Escabeche in West Bridgford and Perkins Bar & Bistro in Plumtree, said: “After months of continued uncertainly, it’s great we finally have a timeframe to begin planning around but re-opening is still months away and dates could obviously change.

“Allowing hospitality to partially re-open mid-April but only using outside areas is financially unviable, with the majority of venues having small external spaces if any at all. In this lockdown alone we will have had to endure over six months of closure until meaningful trade can commence later in May.”

Perkins added that, being a major employer and HMRC revenue generator, the hospitality sector will play a critical role in the Midlands’ and wider UK economic recovery.

He said: “The government now needs to announce how it will further support businesses to survive this prolonged shutdown and help them rebuild over the longer-term.” 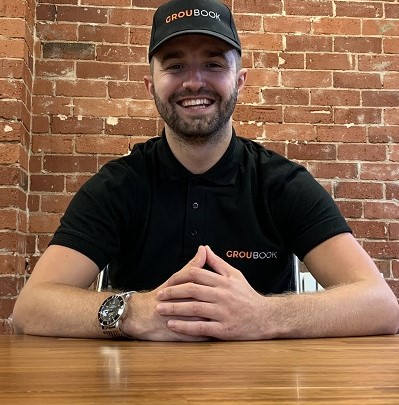 A newer entrant into the sector, Bradley Gough, founder and CEO of Groubook, a group bookings app aimed at the hospitality, also aired his frustrations.

He said: “Once again, the hospitality sector finds itself in limbo. It’s great to see that pubs and restaurants with outside spaces can open in April and we applaud the government for that, but where does that leave the venues and employees with just indoor spaces? They have to again sit on the side-lines and are being unfairly punished by the government for having a certain type of property.

“The pandemic has been catastrophic for the hospitality sector. Instead of reading its own reports on the minimal impact hospitality had in the spread of the virus, the government has unfortunately targeted one of the biggest industries in our country. How can the government look these businesses and people in the eye?

“We call for the government to explain the thought process and scientific reasoning behind the decision and why they have decided to continually impact the sector and the people who work in it. They are the only ones accountable for the continued destruction of this wonderful sector.”