The 34-year-old founder of a global logistics chain has become the frontrunner to buy Derby County out of administration after publishing an open letter expressing his desire to run the club.

Chris Kirchner, the owner and chief executive of Slync.io said he wanted to make an “”official announcement of my intention to work with the administrators to take Derby County Football Club out of administration”.

The Rams were placed into administration by former owner Mel Morris in September and were punished with a 12-point deduction, which has seem them slump to the foot of the Championship, despite losing just three out of their 14 games so far this season.

In a letter addressed to Derby fans and released by the PA News Agency, Kirchner said: “”We don’t know each other yet, but we have two things in common: our love for the game of football and our desire to rebuild Derby County back into the proud club everyone deserves.

“My name is Chris Kirchner and I hope to see many of you soon – as this is my official announcement of my intention to work with the administrators to take Derby County Football Club out of administration.

“Derby County is a club with a rich history and one of the best groups of supporters in all of England.

“While the club is currently going through a really tough time, it is the supporters and everyone associated with the club that have stayed loyal, which provide the foundation to rebuild again.

“I want to be a part of that rebuild and support that effort. As an entrepreneur I am committed to building companies and I want to apply that experience towards rebuilding this proud and storied club.

“This challenge is one I don’t take lightly but is something I am looking forward to – and I know we can prove successful at – if we work together.

“Football (or soccer as I knew it growing up but have learned to correct that over time) has been a part of my life since I could walk.

“My father introduced the game to me (futbol as he called it growing up in South America) at a very early age and I spent most of my life playing the sport.

“My love for football hasn’t changed over the years, and I have been involved as a fan throughout my adult life.

“Being in the fortunate position to purchase such a prestigious club as Derby County is a childhood dream come true.

“In business I believe in transparency, trust, humility and respecting authority. Those are qualities I have grown up with.

“At this point in time, the administration process is complex, but I have informed the administrators that I’m willing to work through these complexities.

“I understand and acknowledge that there are a number of interested parties in the club, but I wanted to go on the record at the start of the process and be up front.

“I’ve also taken it upon myself to advise my team to simultaneously work on the EFL’s Owners’ and Directors’ Test process. If I’m successful in these processes then I believe it will enable us all to move forward together and put the past behind us.

“Clearly, I am at the beginning of procedures that must take place with the administrators and the EFL. I am respectful of these mechanisms.

“Nonetheless, my team and I have already been in conversation with all parties to discuss where to start. I had the privilege of attending a match last week at Pride Park and was really impressed with the facilities of the club as well as all of the people I was lucky enough to meet.

“I was particularly impressed with the attitude of manager Wayne Rooney, his coaching staff and the players. Recent performances and results demonstrate their clear, unwavering commitment to the club. 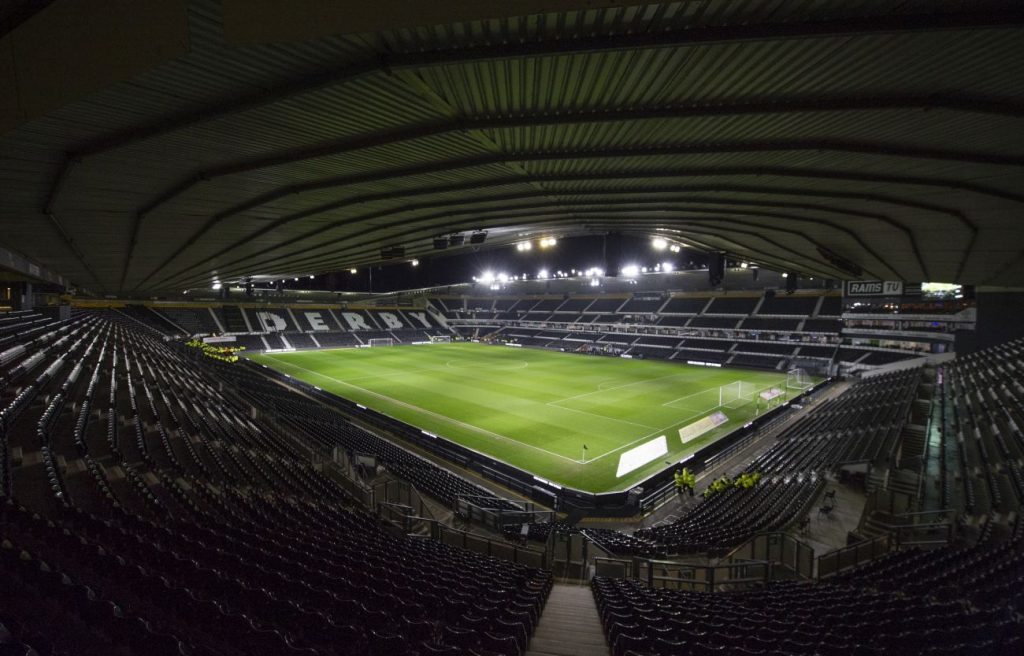 “The best stories in life often start after a setback and the best years of Derby County FC are without a doubt in front of us.

“Hopefully, we will have the chance to be better than ever before and together write our own chapters in the illustrious history of DCFC! Up the Rams!”

In a series of Tweets, he said: “Out of legal obligation regarding the NDAs I cannot comment on the specifics of my offer, specifics of the status of the club or squad, and details of that nature. We were sensitive of those obligations with my letter and notified the administrators ahead of its release. In the interest of transparency (and backing up the values that I shared in my letter) I’ll share some things I’ve seen questioned the most and dispel a few myths floating.

“1) I’m not a billionaire… not sure this matters. But again, I promised honesty However I’ve done well enough to acquire and fund a club. The administrators are very diligent and required a minimum of £100M in proof of liquidity to even get to the point I am at in the process.

“2) No hot dogs or cheerleaders planned at this point.

“3) I will be attending the match on Saturday against Blackburn.

“4) As things go with this process I will continue to share as I am legally able to while being respectful of the EFL and the administrators. They are both doing a wonderful job, care about the future of the club. And will not let anything like some of the past public debacles happen again. The EFL are clear that they want sustainable and fiscally responsible clubs that will last for generations. As a fan those are a few of the things I would want to know, so I thought it would be right to.”

Earlier this month, Quantuma, the administrators of Derby County, denied that Mike Ashley has made an approach – but say that “several” interested parties have proof of funds that they can be considered as “serious bidders”.

Andrew Hosking, managing director at Quantuma, said: “We have been contacted by a number of interested parties in relation to the sale of Derby County and have subsequently issued a series of non-disclosure agreements (NDAs) for signature in order to proceed. Of those who have returned a signed NDA, several have been able to provide the necessary proof of funds we have requested to be considered as a serious bidder.

“As this is an ongoing process, we are unable to comment on the names of the individuals and organisations that have met this criteria at this time. We can however confirm that we have neither been approached by, nor have we entered into dialogue with Mike Ashley.”