Opteran, a University of Sheffield spin out which is re-engineering inset brain patters to advancement the development of autonomous machines has secured £3.3m from Northern Gritstone the venture chaired by Lord Jim O’Neil which launched last year to help boost the commercialisation of university spinouts and start-ups in the North of England.

The deal which is expected to be announced this week will see Northern Gritstone’s investment come as part of a £9.8m ($12m) fundraise being led by German fund Join Capital into the business which is described as having the “potential to transform the [autonomous machine] space”.

The spin out which is looking to set a new standard in autonomous machines by utilising what nature and evolution have developed over 600m years. Its technology looks to use simpler, light weight and low power technology as well as adaptable and predictable systems to transform areas such as warehousing, security, transport and consumer activity including home automation. 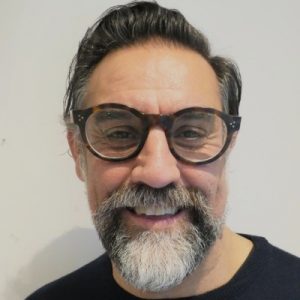 It’s expected this new funding which marks Northern Gritstone’s first ever investment, having recently closed a £215m fundraise, will be used to support Opteran’s expansion into with plans for a US office, with the chief executive, David Rajam, keen to make Opteran a household name within the the autonomous machines industry

Rajan said: “By mimicking Nature’s genius to enable machines to move like natural creatures we are redefining the global market for machine autonomy. We expect Opteran Natural Intelligence to become the standard solution for autonomy anywhere on the ground or in the air, on any machine, large or ultra-small, because it combines such sophisticated natural brain capabilities in a lightweight, efficient package.”

“Originating from the University of Sheffield, and having developed ground-breaking, unique technology, Opteran is a prime example of the outstanding science-led spin outs we’re seeing in the north of England.

“Autonomous vehicles and robotics are significant growth areas, and we believe Opteran’s platform has the potential to transform this space, across a wide range of applications.”

This latest round of funding follows a $3m fundraise in 2020 by Opteran with it expected to be looking for further capital and it looks to expand.

Sebastian von Ribbentrop, founding partner from Join Capital noted he believed the company had developed the technolgy which would “transform autonomous systems beyond today’s limited use” and support more widespread adoption.

He added: “We don’t often see companies with a vision and product of this magnitude, and it is clear to us that Opteran Natural Intelligence will be the differentiator for every sector implementing autonomous systems in machines.”