intu’s stalled redevelopment of the Broadmarsh shopping centre should be the “last part of the jigsaw puzzle” when it comes to regenerating the southern entrance to Nottingham, according to councillor Sam Webster, the portfolio holder for finance, growth and the city centre at Nottingham City Council.

Speaking at a online Nottingham Partners meeting, a frustrated Webster said that the Council is facing a issue with intu having stopped work on the redevlopment of the shopping centre. 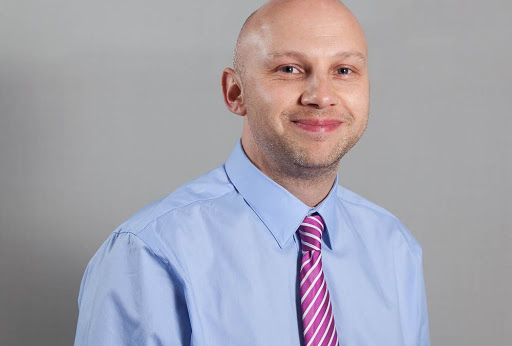 He added: “We do have a problem. The Broadmarsh is owned by intu and we are a partner in the funding agreement. There are a lot of things happening around the Broadmarsh area with the vast majority developments going ahead.

Webster pointed to the new HMRC regional hub, the redevelopment of Nottingham Castle and the Broadmarsh Car Park and Bus Station.

He said: “There are lots of thing to be positive about and there are the ingredients there for very successful, very virbrant entrance to the city – but we do need to resolve the Broadmarsh issue – it’s a big area of focus for us.”

Last month intu officially announced that it had “paused” the redevelopment work on the Broadmarsh shopping centre.

Webster said: “Read into that what you will. There is still so much happening around the Southside area; the last piece of the puzzle getting the shopping centre right.

“The City Council is putting lots of thought into getting the right solution.”

intu has been experiencing huge financial difficulties. Last month it said it is pursuing standstill agreements with its financial stakeholders in order to protect itself from a hostile takeover.

The move comes after the firm said it was likely that it would breach covenants with lenders and that the prospect of any external investment had diminished, creating “material uncertainty” for any asset disposal or funding.

A standstill agreement is a contract that contains provisions that govern how a bidder of a company can purchase, dispose of, or vote stock of the target company. It can effectively stall or stop the a hostile takeover if the parties cannot negotiate a friendly deal and it comes just weeks after reports that the bondholders of debt secured against four intu shopping centres – including the Victoria Centre in Nottingham – were considering taking control of the assets.

The Broadmarsh shopping mall redevelopment is the jewel in the crown of a £2bn regeneration scheme around the Broadmarsh area, but Nottingham City Council last month told Nottinghamshire Live that it is assessing its options in light of intu’s woes.

Councillor David Mellen, has said: “We’re in a pause situation with Broadmarsh centre, but we’re also bearing in mind the fact that the company Intu is in some difficulties.

“We are in negotiations with them, looking at our own position in terms of contracts we’ve signed and being aware that not everything we planned can continue in the way we planned it.

“In the background we are thinking and considering what else could take place.

“We know how crucial that site is to the whole of the south side redevelopment.

“But we’re not going to be going down that route until we’re clear that there aren’t any ways of that work carrying on under the present regime.

“So we need to make sure we are doing everything we can to keep with the current arrangements, whilst having an eye to what might happen if we can’t do that.”

Former council building to be turned into 59 apartments