Central Foods’ managing director Gordon Lauder said: “Oli has been with us at Central Foods for more than nine years and, in that time, he has brought commitment, professionalism and expertise to each role that he has had within the company. I’m delighted to announce his appointment as commercial manager as the food service sector continues its bounce back from the effects of Covid.

“Central Foods is in a strong and buoyant position to serve its food service customers by continuing to offer top quality frozen food from our manufacturing partners, as well as our ever-expanding range of own-brand products, and Oli will play a key role in supporting the directors as we move forward.”

Sampson said: “As a small, family business Central Foods is an inspiring place to work and somewhere I can make a real difference, and I am very proud to have been appointed to the position of commercial manager. The food service sector has gone through challenging times in recent years, but this is an exciting point to be taking on a new role as we look to the future.”

The company is based in Collingtree, Northampton, and currently sells to over 180 independent wholesalers as well as larger national and regional firms.

Clare Brown has been made director of Bromley House Library in Nottingham.

She will begin work at the subscription library – which was formed in 1816 and moved to its current site in 1821 – in September. 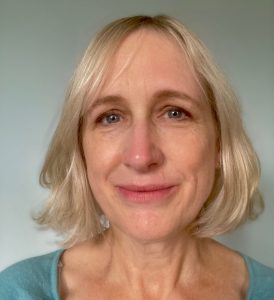 Brown brings a wealth of arts and culture management experience to the role, having previously worked as general manager of Paines Plough Theatre Co in London, director of the Poetry Book Society and, more recently, as part of Inspire’s Culture team.

She said: “This role combines so many elements I’ve loved in my previous jobs – promoting literature, serving a membership, heading up a small, committed staff team – with exciting new challenges, like looking after a Grade 2 Listed building full of historic book collections, right in the centre of Nottingham.

“It’s an absolute honour to pick up the torch from Melanie and build on her achievements over the last five years and I couldn’t be more delighted. I look forward to getting to know the organisation, its members and every beautiful feature of the library’s three storeys, and to helping shape the next phase of its remarkable history.”