The move comes after the firm, which also has offices in Nottingham and Derby, announced it had hit the first milestone of its three-year financial target – growing its after-tax profits by 27% to £3.6m and boosting turnover by 8% to £17.2m for the year ending May 2019.

For the financial year 2018/19, Nelsons reported its strongest year in Leicester since it opened its office in the city – with particularly solid financial growth in the private client (41%), real estate (13%), corporate (55%) and dispute resolution (17%) departments. The law firm is expecting another strong year with sustained growth in the 2019/20 financial year after a successful first few months. 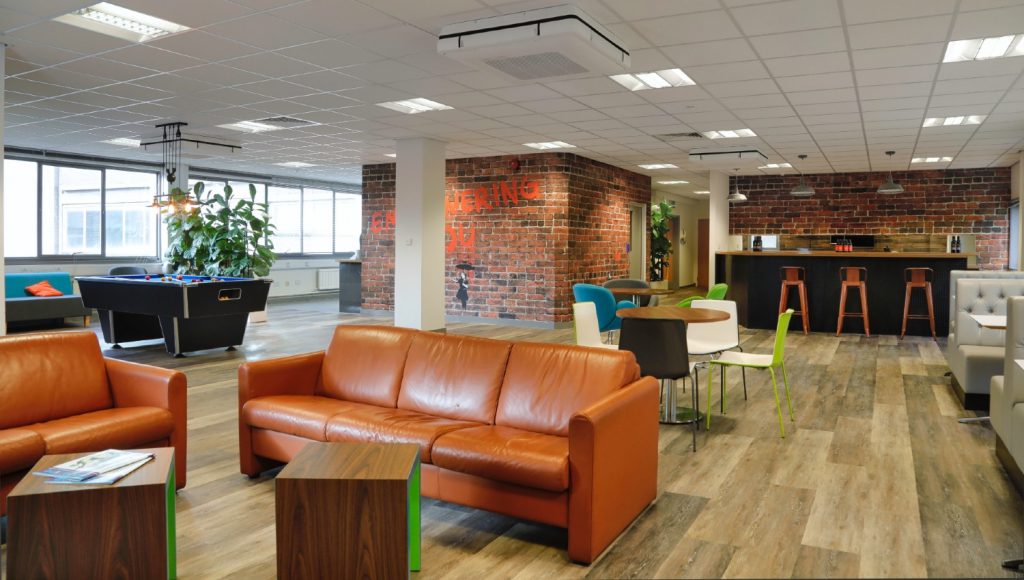 Stewart Vandermark, chief executive, said: “The refurbishment is part of our ongoing growth strategy in Leicester and it demonstrates our commitment to and investment in the city and local community. We strive to provide a workplace culture that attracts top lawyers in the region to work for us so we can deliver the best client experience.”

The refurbished Leicester office has a suite of meeting rooms on the ground floor, along with a 40-seat seminar room. The office area on the second floor is open plan and, on the same floor, are internal meeting rooms along with a new social space.

Vandermark added: “We wanted to upgrade our workplaces and create an environment where we could build teams by having our employees in the office, while also empowering them to work in the ways that suit them.

“Our social space means business – it’s a place where we’re proud to take clients and where they are met with the unexpected when they first open the door. It could be used for a networking event one evening, and then for a team celebration the following day.

“Above all, it’s a place where people want to be – where they can work in different ways, whether that’s on a sofa in a quiet area or as a group in booth seating. Our investment in Surface Pros means work can be done in a more agile way and people don’t have to just work at their desks.

“We are delighted with the finished look. The new office reflects our personality, as well as our aspirations and professionalism.”

Profits boost for pharma firm after year of ‘real...

‘Massive mistake’ not to provide extra support for...