Chesterfield-headquartered housebuilder Avant Homes, which was valued at over half a billion pounds, is reported to have been acquired in a deal backed by a US hedge fund.

Controversial housing boss Jeff Fairburn, who was forced to step down as CEO of Persimmon in 2018 following an outcry over his £75m bonus, has reportedly teamed up with an American fund to buy what is one of the country’s biggest private housebuilders. 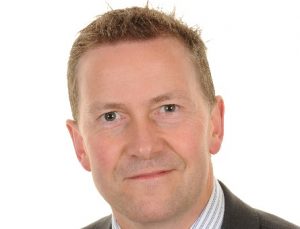 According to media reports Fairburn, who has been running Berkeley DeVeer a small Wetherby-based housebuilder for a year has partnered with the New York-headquartered Elliot Advisors to acquire Chesterfield-based Avant.

The deal will see Fairburn become chairman of the group, with him commenting: “We look forward to working with the team to further invest in the business and develop it into one of the UK’s leading housebuilders.”

This move has been described by The Times as a return “to big time” for the housing boss who oversaw a tripling of profits per house at Persimmon, but attracted controversy when the firm’s building work was criticised. A review conducted after his departure reported “a poor culture” with barrister Stephanie Barwise QC of Atkin Chambers who led the review stating the company’s corporate culture needed to change.

Avant Homes which has a turnover of £500m and employs 780, was previously Gladedale was acquired by Lloyds in 2009 following the banks takeover of HBOS. Since then the business was acquired for £175m by hedge funds Angelo Gordon Alchemy and Avenue Capital.

The developer currently has a number of sites across Yorkshire and recently received planning permission for 140 homes in Castleford.

UK’s anti-doping body set to create jobs as it moves HQ to...