The leader of Nottingham City Council has become the latest regional figurehead to write to government expressing concerns over the leaked Oakervee HS2 review.

In a letter to the Secretary of State for Transport Grant Shapps, Councillor David Mellen said that HS2 presented an opportunity to “rebalance” economic disparities between different parts of the UK and called for more clarity over the scheme’s future.

Continued uncertainty, he said, would damage the region’s investment prospects.

The move follows Sir John Peace’s warning to Boris Johnson yesterday that abandoning the Midlands leg of HS2 would constitute a “betrayal” of the region.

The Oakervee Review, which will include an assessment of the viability of a proposed new transport hub at Toton, is set to be published imminently.

Mellen said: “The Government needs to commit to HS2 and the huge benefits this would bring to the Midlands and the North. Years of delays and uncertainty are damaging for investment and have left the Midlands with less public funding on transport per head than anywhere else in the country.

“It is hugely important to ensure that projects are on time and on budget – particularly with large amounts of public money at stake, but we also need clarity. A decision must be made on the Oakervee review and firm commitment made, so cities like Nottingham can secure investment and plan for the future.

“Now that the Government is finally and rightly turning its attention to the Midlands and the North, it’s time for proper investment in our region to help create jobs and support growth. It was a mistake for the Government to scrap the electrification of the Midland Mainline – a reversal of this decision would have hugely positive benefits for the city on both connectivity and air quality.

“HS2 is an even bigger opportunity to rebalance the regional disparities and support jobs and economic growth. Although it is not just about the speed of the train, it currently it takes 75 minutes to travel between Birmingham and Nottingham – a distance of just 50 miles, which is simply not good enough in 2020. HS2 will cut this journey time to 33 minutes, giving people from both cities more opportunities for work and leisure, as well as bringing much needed connectivity and infrastructure into the region. 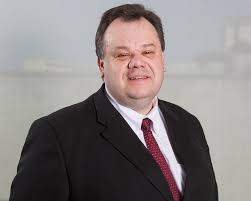 “Delivering HS2 is an opportunity for better, cleaner transport for people and goods throughout the region, increasing capacity on our rail network and connecting cities within the North and Midlands – not just improving routes to London. Freeing up capacity on existing track will enable more freight to travel by rail as well as people. This in turn will relieve pressure on our overcrowded roads.

“We need a rail network that is fit for the 21st Century, to carry people and goods around the country quickly while reducing damaging vehicle emissions. The Government needs to rebalance the national economy and give the right level of support to cities like Nottingham. The benefits are clear and the government needs to get on board.”

New images reveal design changes to next phase of Nottingham...

Second phase of consultation launched on plans for Stocking Farm