The company has submitted plans to regenerate the Island Quarter site. Conygar already has planning permission for the Canal Turn scheme, which kicked off the regeneration of the long-derelict site in late 2020.

An application for the major work on the site includes a 223-bed hotel, over 240 build-to-rent apartments, co-working space and an extensive food and drink area, all designed by Jestico+Whiles. 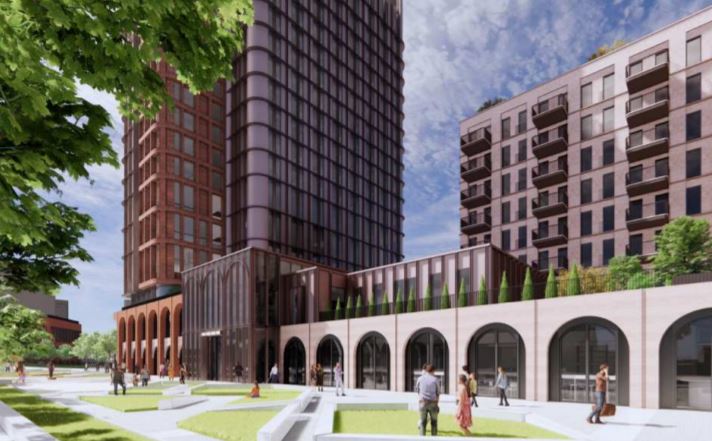 This latest stage of the development will create up to 350 jobs during the construction phase, with a further 550 when completed and operational.

The proposal – which also features a luxury day spa and green space for visitors – is believed to be the UK’s first cohesive-use development, incorporating multiple uses within the same flowing space, similar to Roppongi Hills in Tokyo. 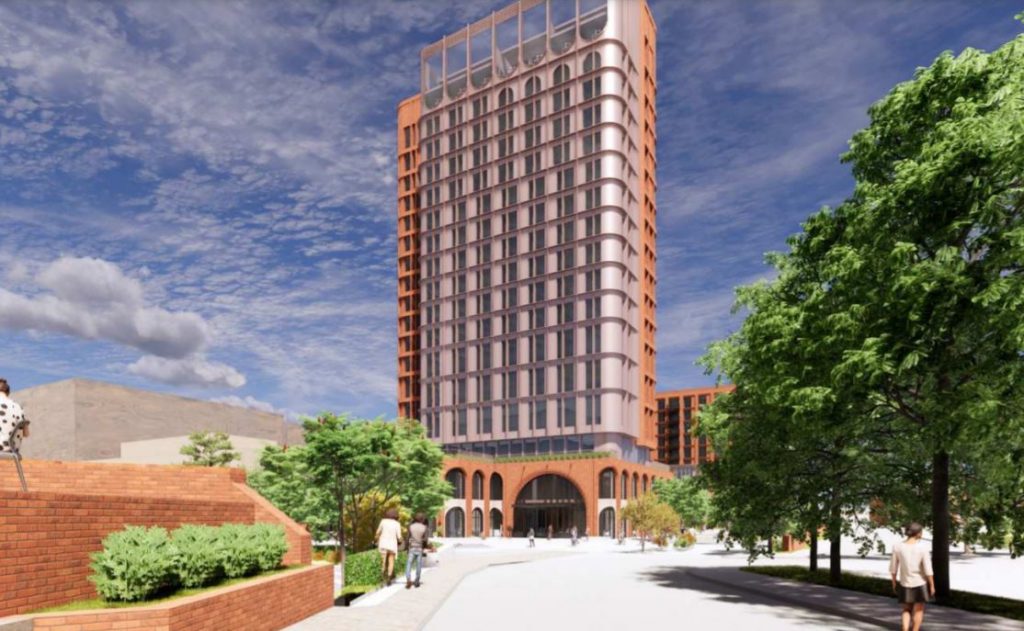 Several aspects of the design have been created to meet changing needs anticipated in the aftermath of the pandemic, such as flexible spaces, relaxing community areas and green public realm.

Alongside the hotel – which will provide short and long-stay accommodation with city views from a landmark 17-storey – 1B will feature 3,000 sq m of serviced flexible office space. 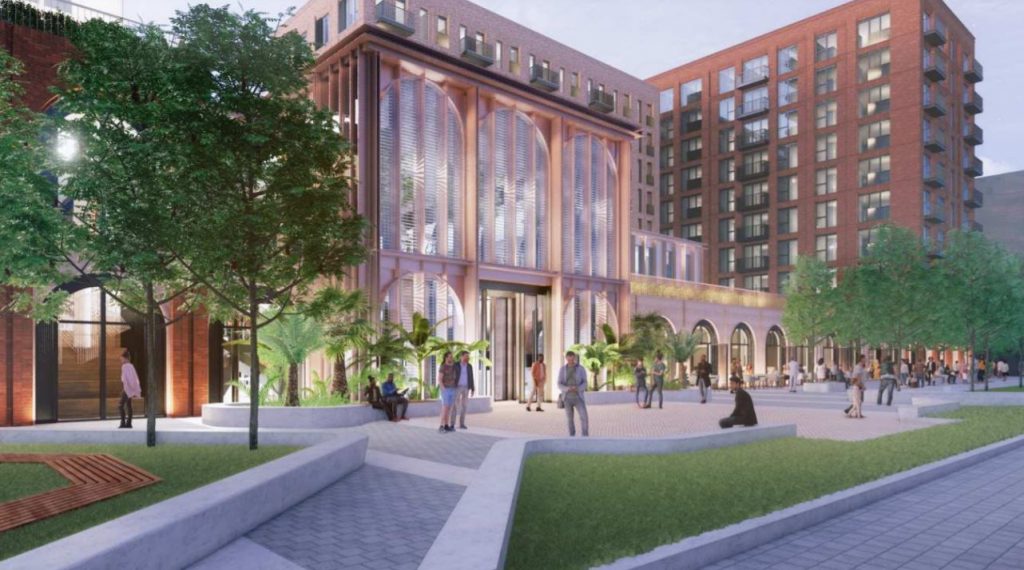 The latest phase will also see the creation of significant amounts of landscaped green space in the form of a linear park, creating a clear link through the site from the city centre to Sneinton.

Richard Watson, of developer Conygar, said: “The Island Quarter is the biggest city centre regeneration schemes in the UK, and we believe it is vital for the development to bring something outstanding to Nottingham, for which the city and the Midlands can be proud of.

“We are fortunate to have a site in Nottingham with its great heritage and an international reputation – with developments such as this and, among other schemes, the renovation of Nottingham Castle, we want to ensure it retains its rightful place as the Queen of the Midlands and a core UK city.

“It is an ambitious project – unmatched across the UK. The scheme will raise the profile of Nottingham, so we are working closely with our team of architects and designers and the city council to create a lasting legacy and community for Nottingham.”